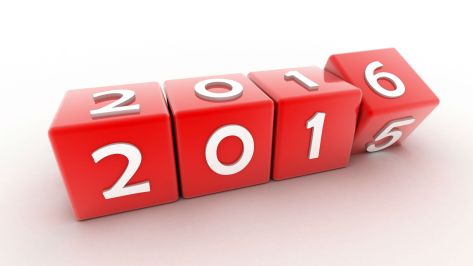 I’m guilty. I was one of those people. Always at the end of the year, threatening to kick someone out of my life. Claiming new change for the new year. Making my list and checking it twice, and if you didn’t fit in, you can get out. It seems like a wise thing to do, especially in the name of self-improvement. But there came a day when I took a long look at this practice and found that not only was it unnecessary for me to even try to do such things, it’s not even my business. Let me explain.

First, let me state that we don’t need a lot of resolutions. We simply need resolve. Stop looking at the calendar as an indication of when you should change. Change when you feel the need to. January 1st isn’t some magic day. I know the feeling of newness hits us all, but that same feeling would hit you in the middle of June if you saw a need for change, made the change, and committed to it.

Also, I contend that we don’t need to choose our circle as much as we need to cultivate that which God has chosen for us. God has promised to direct our paths (Proverbs 3:5-6), so He will lead us into those places that He would have us to go, around those people that He would have us to be with. If you’re in the wrong place, He’ll make you aware. Not so that you can remove someone, but so that you will know why He’s about to.

In the Christian community, we sing songs like “I Give Myself Away”, where there’s a portion of the song that goes: “My life is not my own, to You I belong, I give myself, I give myself to You”. If this is in fact truth, how are we making decisions on who stays and who goes? If your life belongs to God, then He makes the decisions on who belongs in your life.

Now, I know the thought here is going to be “Rev. Jackson, don’t I have to make some decisions about who I should and shouldn’t associate with?” Yes, you do, and I believe that God does lead us to certain decisions. However, what I believe more than anything is that God changes us first, in order to change our surroundings and our circle of friends.

Once there’s a difference in how you’re living, you won’t have to get rid of any wrong people in your life. Once they see you going in a direction that they don’t wish to go in, they will remove themselves without any assistance from you. This way you didn’t “kick” anyone out, and there are no hard feelings. You’ve probably recognized that they needed to go, and God moved them away. Most importantly, this leaves the door open for reconciliation, just in case we come back into season in one another’s lives down the road.

If we’d only just remember, we’re all seasonal. No matter how important you think you are, no matter what you’ve done for a person, no matter where you think you fit into their lives, it is only for a season. Remember that as people are passing through your life, so too are you passing through theirs. We don’t like to deal with difficult people in our lives, but their blessing may be tied to their interaction with us. We may be in their lives but for a season, but our impact may be life-long.

I’ve often stated in my writings and my teachings that we should let God be our gardener. We should allow Him to do all of the planting and uprooting as He sees fit. There are times when people are in our lives and we wish they would just go away. But if God placed them there, they must be there for a reason.

Many of us would’ve never learned the lesson of choosing the right friends had God not allowed us to make the mistake of choosing wrong once or twice in life. In the parable of the wheat and the tares (Matthew 13:24-30), Jesus tells us to allow them to grow together, and He will separate them when the time is right.

If we allow God into our lives in that same way, He will separate us from the “wrong” people when the time is right. But don’t be surprised when you look up in the end, and there are some “wrong” people standing by your side, who were supporting you all along. Some of those very people were on your “get out of my life” list, and you were so focused on how God was using you, that you had no idea how He was using them.

I know this thinking isn’t popular these days. We’re so busy taking pride in being some kind of lone wolf that we forget that we need one another. We’re so busy telling folks that all we need is God, while forgetting that God manifests His love for us through others. Social media will have you thinking that everyone is disloyal when they don’t co-sign your every move, when in fact the most loyal people you’ll ever meet in your life are the ones that aren’t afraid to tell you that you’re wrong. They’re the ones that would rather fall out with you than silently watch you make huge mistakes, all in the name of being your “ride or die”.

Seasons change all the time, and some last longer than others, no matter what the calendar says. Our relationships are the same way. Remember that any fruit that’s picked before it’s time can cause illness when it’s consumed. Allow all of your relationships to reach maturity. Even through the growing pains. Even through the difficulties of life. Even when it seems they’ve outlived their usefulness.

We’re all seasonal. Live your life, in your current moment, in this current season. Leave all of the changes to God, with the expectation that He will do something great in your life, while providing the people that you need along the way. And He’ll do it all in due season.