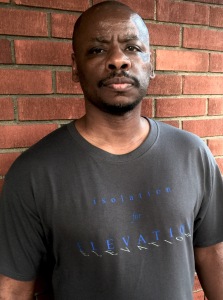 It’s during this time of isolation that God will shape you and mold you into what He wants you to be and what you need to be for the next level of your journey. It’s during these moments when God will cause you to re-evaluate your life and whether or not you’re effectively operating in your purpose.

It’s during these times that even those around you may seem as if they’re “funny acting”, they have no time for you, or they’re kicking you out of their circle. But 2 Corinthians 6:17 says “Come out from among them and be ye separate, says The Lord”. So, know that they’re not kicking you out, they’re kicking you up! God has a new you waiting at the next level!

Know that your isolation is preparation for your elevation. Enjoy your alone time with God. Don’t despair when your phone calls go unanswered. Don’t worry when the enemy attacks you for leaving your former place. Be not dismayed when you had more company in bondage than you have when your chains fall off. Get ready, child of God. It’s time for your elevation!

(Like that “Isolation for Elevation” t-shirt Rev. Jackson is wearing? Click here to order yours in support of the “Your Life with Purpose” radio broadcast!)