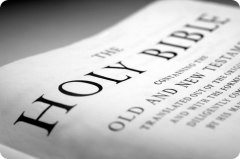 Have you ever really considered the brutality of boxing? The primary goal is to beat your opponent until you win or until they quit. Often times, they’re beaten so badly that they’re knocked out cold. We often sit back and watch all of this happening without really considering the pain of the loser. In fact, we even root for the knockout. While this kind of battle is fine within the confines of sport or a boxing ring, such battles anywhere else would seem barbaric.

What’s worse is when something like this happens in a place that’s supposed to offer love, peace, understanding, loving correction, and salvation. It’s not healthy when the people of God have to sit ringside while a fight is happening between the pulpit and the congregation. An unfair fight because the congregation is fighting with one hand tied behind their back.

A wise preacher told me as he was preparing me to preach my first sermon to never listen to the rumors of the crowd. He told me that when you do, you start to preach for them, or if you disagree with them, you’ll preach at them. As I’ve grown in ministry, not only have I learned how true this is, but I’ve also learned how dangerous this can be to the local church.

The pulpit is not a place to work out your personal beefs with the congregation. This thought was confirmed for me as I listened to a sermon on this past Sunday evening as one of my brothers in the ministry was being installed as pastor. The Pastor delivering the sermon for the occasion reminded us: “If God told you to do something, you don’t need to explain it over and over again. Just stand on it!” It’s a simple statement, but a powerful one. Once you start trying to convince people to stand with you rather than standing with God, your “position” becomes suspect.

We haven’t been called to combat rumors about us. We’ve been called to preach the Gospel of Jesus Christ. A preacher must sometimes close his ears to man, while always keeping his heart open to God. By doing this, he’s sure to always speak what God has told him to speak.

For example, if someone is speaking ill of a preacher or questioning his motives, as a man or woman of God, they should expect that. Jesus warned us about such things (Matthew 5:11-12). The fleshly reaction is when fired upon, return fire. But the spiritual reaction, the Godly reaction, may be to preach a sermon about love and let that marinate with the people that are allegedly hating on you. Proverbs 15:1 says: “A soft answer turneth away wrath: but grievous words stir up anger”. It’s all about what God would have you to say, not about your feelings being hurt or you being challenged.

The truth here is that God often gives instructions to his mouthpiece that wouldn’t be understood by others. In fact, at times, those instructions are not fully understood by the individual He’s spoken it to. So it stands to reason that if you can fully explain it, there’s a good chance it’s your idea and not God’s. Following God requires faith because we don’t always know where we’re going, what we’re doing, or even why we’re doing it. But if man can break the “plan” all the way down, there’s a chance God isn’t in it. Moses is one of the greatest examples we have of this.

When we turn the pulpit into a battleground against anyone but Satan, we’re not edifying the body of Christ. Think about that boxing match for a moment. Rarely do you find people that just wanna see a good fight. Whether openly or secretly, we’re all rooting for one of the fighters to win. If you’re preaching at someone, the people will begin to choose sides, and when that happens, the perception of choosing between “good and evil” is present. A spirit of separation, or “us against them”, is then fostered. This can cause friends to go against friends, and even family members can be divided. I know this because I’ve experienced it personally.

The call to preach is a scared call, but that can be easily forgotten when we allow ourselves to get caught up in the flesh or in man’s perception of us or what we’re doing. No matter how long you’ve been doing it, your feelings get hurt and you wanna fight fire with fire. This becomes even more dangerous on Sunday morning when we have everyone’s attention, the microphone, and a platform where there’s no allotment for Q & A. It’s so easy to want to get even or to set things or people straight. But is that what you’re called to do?

The only person that man should follow blindly is God. So if you’ve done or said something that people can’t grasp, you shouldn’t be offended if they can’t get behind it. Their faith should be in God, not man. If in fact God told you do something, stand on it! All will be revealed in time. If you remain a man or woman after God’s heart, He’ll be sure to continue to speak to yours, no matter what the people are saying about you or what you’re doing. God has a way of bringing all of His plans to fruition without ever needing man to explain anything. All we have to do is continue to walk in the call and continue to abide in Him. True people of God aren’t coming to church to hear us defend ourselves. They’re coming to hear us defend the faith.