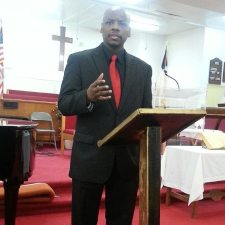 What I find most fascinating about the growth of the church in the Bible (Acts) is that it was never accomplished be people that stood still. As Jesus gave His disciples that Great Commission (Matthew 28:19-20), the operative thing for them was to be mobile. They couldn’t spread the Gospel standing still. They were to tarry for the Holy Spirit, but once the Spirit came (Acts 1:8), they were to get moving. If this is in fact the mandate for Christians (followers of Christ), why are we fighting so hard to stand still?

As I look at the state of some churches today, particularly those without pastors, it seems to me that the Commission has become less important than the building itself. There isn’t as much emphasis on who’s getting up out of their seats and taking the Gospel out into the world as there is on who’s sitting in what particular seat within the church. We’ve forgotten that the church was never meant to be a breeding ground for people that want to stay seated and maintain control of the building. The church is supposed to make disciples that are willing to go.

So how did we get here? Well, it isn’t any one person’s fault. We as a congregation of believers lost sight of what is important. Those that are in leadership became more enamored with what they were doing at home than what they were called to do in the world. Pastors have decided that building bigger churches is the answer to drawing more people, as opposed to making disciples that can go out and draw (sheep will get other sheep).

We’ve placed people in key positions in our churches that don’t do much more than Sunday morning service, so they don’t know the value of ministry away from home. As churches, we’ve focused more on insolation and isolation than we have on exploration, exclamation, and salvation. That mentality is counter to what Christ Himself told us to do.

Don’t misunderstand what I’m saying. It’s imperative that we take care of church business, but we should never do so at the expense of or in place of God’s business. What we’ve failed to realize is that just because we’re taking care of something in the church, that doesn’t necessarily make it God’s business that we’re handling. God’s primary business is salvation. God’s primary business is drawing people to Christ. This isn’t done in business meetings. It’s done through preaching, teaching, and evangelism. And contrary to popular belief, you don’t need a pulpit or a church building to do either of these things.

When the Word of God takes a back seat to our personal interests in the church, we cease to prepare people for discipleship. Our membership becomes afraid to invite people to church because an argument might break out or the Word isn’t going forth. Opportunities to save souls fall by the wayside because every attempt at ministry is thwarted by “business” and “protocol”. And if teaching is secondary, knowledge is as well. You can’t teach what you don’t know, and you can’t learn what’s not being taught.

For example, there’s a difference between natural leaders and spiritual leaders. One is good for the world, and one is good for the church. Knowing God gives you the discernment needed to tell one from the other and would eliminate the need to ever argue about what should and shouldn’t be in God’s church.

As our churches have changed, we’ve become more focused on who we can mold into the spiritual leadership that we feel we need, and less focused on making the disciples that the world needs. We’ve forgotten that God will choose His own leaders from those that are converted by looking at their hearts. We’ve forgotten that when we’re in the Spirit, we don’t choose leaders, we simply agree with whom God has already chosen.

We’ve forgotten that we should be launching people into the world that love Christ rather than trying to turn into the next megachurch, turning out the next “hot” preacher, or having the best praise and worship team. The world needs Jesus, and we can’t give it to them if we’re so focused on who’s running the show. We can’t give it to them if our only purpose is to grow membership instead of helping people to grow spiritually.

I’ve heard it said that pastors are CEO’s, but I don’t agree with that. CEO’s make business decisions, but the church is not an organization, it’s an organism. It’s people working together for the cause of discipleship and Kingdom building. A pastor’s primary job is to feed and lead as inspired of God, not control, staff, and promote according to his own wishes. He is supposed to be more concerned with what’s profitable for the souls of the people than he is with financial profit and loss.

Pastors have begun making disciples for themselves and not Christ. The loyalty of the people belongs to man, not the Son of Man, and this has harmed the local church, and we should all be concerned. As I said in a recent lecture, the people should never quote their pastor more than they quote God’s Word. I’m instantly leery of people that love the building more than they love the Builder. I’m concerned when our churches are filled with people that covet a financial report more than they covet Psalms 51:10-13. When we’re more concerned with where we sit than whom we serve, it should give us all pause.

The reason we’re fighting so tough for the control of local churches is because we’re trying to find a place to be seated. Whether those seats are in the pulpit, on a board, or even our favorite pew, we care more about our place in the building than we do our place in the Kingdom. But true disciples are always on the go. They don’t come to church to take a rest. The come to church to be recharged so they can go back out on a mission once again.