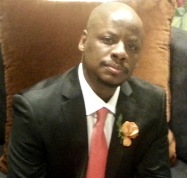 Nobody questions the tree. How it came to be, what it endured during its growth, or what it takes for it to maintain. You just know a tree when you see one. You have no idea what it took growing from a seed to the tree you see before you. You have no idea about the storms it has endured, limbs being broken away by strong winds that would’ve taken down a lesser tree.

People carving names and symbols on it, things that don’t represent who the tree actually is, but now it’s branded forever. Cars crashing into it, damaging its bark, and yet the tree is often left to supposedly heal itself (but we know that God is the healer). Dogs doing their business on it, and yet the tree continues to stand, renewing its leaves every year.

The message here is very few people will actually witness your growth, but that doesn’t change who and what you are. Many have enough vision to know that even though they didn’t witness the growth, their eyes aren’t deceiving them. You are what you are, whether they want you to be or not.

At the same time, some people know exactly what you are, they just refuse to respect it. They will brand you with names. They’ll dump on you. They’ll mercilessly crash into you and then blame you for being where you’ve always been, doing what you’ve always done. They resent you being in your calling! They’ll even desire to cut you down and cast you into the fire.

But don’t be discouraged! You are what God called you to be. Even when people don’t understand how you came to be, even when they didn’t witness your evolution, even when they wish to uproot you in the name of new development, stand strong. Just as God created you. He planted you and He will allow you to continue producing in your season.

“He shall be like a tree planted by the rivers of water, that brings forth its fruit in its season. Whose leaf also shall not whither; And whatever he does shall prosper.” – Psalms 1:3