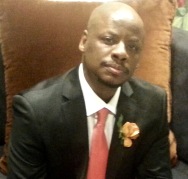 Everyone that appears to be ahead of you isn’t necessarily winning. This is one of the things that we need to understand in life. We’re often looking ahead, around, and behind us, when our primary responsibility is to run the race that God has designed for us. It is not our call to be overly focused on the apparent successes or supposed failures of others. Just do you, and all that God has promised will come to you.

Let me try and make it a little plainer. The only way for you to lose the race that God has for you to run is if you don’t do what you’re supposed to do. No one can beat you. No one can stop you. That is, no one but you. You have a specific duty and it’s all in your lane. If you stay focused on that and stay the course, God will cause you to triumph!

Focusing on those ahead of us can be misleading. There’s nothing wrong with having good, sound, accomplished mentors that have blazed the trail before you, but not everyone is doing as well as you think they are. There are people that are running ahead of you, and they’re running quite fast, but they’re also running towards destruction. Without having all the information that’s present in their lane, you could unnecessarily speed up while trying to keep up, and crash into a coming hurdle that God intended for you to jump over with ease.

Conversely, you must consider the example that God is setting through you. There’s someone running behind you. Not because they’re slow, not because they’re failing, and not because they don’t have the skills that you have (sometimes, they have more). There are some people that are running behind you just to see how you’re running your race. They’re taking notes. They’re learning from you. God may in fact be using you as a standard bearer. Are you running properly? Are you at the right pace? How are you handling your hurdles? Are you properly positioned in your own lane?

I’ve noticed that God has given me a very unique ministry. I don’t preach the same as others (I don’t have a “Baptist sound”), I don’t teach the same as others, and much of what I do in ministry outside the pulpit was established before I was ever licensed, which caused skepticism because people often put more stock in titles than they do in content. But I also believe that by answering my call later in life, I’m better able to handle the uniqueness of the call.

At this stage in my life, I have a better understanding of how a sense of competition doesn’t belong everywhere in life. This is especially true in ministry, where our primary goal should be leading others to Christ, and not trying to outdo one another. Because of the perspective that I have, I’m able to just do what God has called me to do. I can write as He inspires me, teach and preach as He inspires me, and walk in what He’s called me to walk in, without ever feeling inferior because it’s not quite what others do in their lane. But more than anything, because I’m unique in what I do, it helps me to appreciate the beauty in what my co-workers in the vineyard do without ever feeling the need to change or to try and change them.

I know the grass often looks greener on “the Joneses” side. They’re jobs seem better, their ministries seem to be flourishing a bit more, they even seem to have better friends than you. But just remember, as you run your race, all that glitters ain’t gold. People have become quite good at imagery these days.

At the same time, some people are doing exactly what it looks like they’re doing because God has called them to greater heights and platforms. But before you go aspiring to that, you must understand that there is also a greater responsibility there as well. While understanding that sometimes everything isn’t what it seems to be, we must also remember that we aren’t in some lanes because we can’t handle it.

“The Joneses” may be miserable or they may be as happy and accomplished as they appear. Pray for them and wish them well in whatever they choose to do. But don’t let it distract you from what God called you to do. I call it snowflake ministry. We don’t all look the same, but when we all get together, what a beautiful sight it can be. All we have to do is what we’re designed to do. And to get to the well done line, we can’t be overly concerned with any other lane but our own. Don’t press toward any mark. Press toward the one that God has set before you.